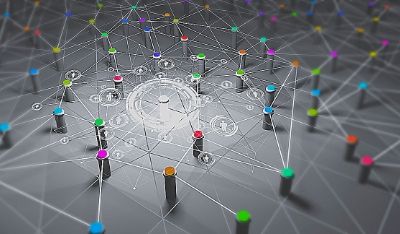 One of. the primary advances in AI applications in recent times is the use of General Purpose Graphical Programming Units (GPGPUs) for achieving substantial parallelism. This has reinvigorated erstwhile research into computing models like artificial neural networks (ANNs), that have reemerged into mainstream AI research and applications in the form of deep learning.

The generic nature of artificial neural network models is based on modeling the behaviour of neurons in the human brain. However, the paradigm of ANNs is still based on the concept of gates, that formed the basis of binary arithmetic and digital computing.

Autonomous decision-making has been pursued in several forms – most prominently in models of autonomous agents and multi-agent systems. While MAS applications have shown enormous potential for building highly adaptive, yet efficient, systems; thus far, they have suffered from the same limitations as ANNs – the dearth of adequate parallelism for building practical applications.

To the best of our knowledge, there are no well-known and widely adopted generic architectures for Agent Based Social Systems (ABSS) that are also amenable to parallelism over GPGPUs.

The aim of this project is to explore architecture and design of generic architectures for Agent Based Social Systems (ABSS) that can be seamlessly implemented over parallel architectures.