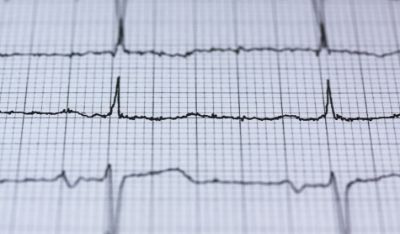 EEG are electrical signals generated in brain due to neuronal firing and they are crucial to understanding brain functioning. These signals are mainly obtained by placing electrodes on the scalp at the designated positions. Since the signals travel far from point of origin to reach the scalp, they are highly noisy. Hence, they require extensive preprocessing to remove all types of artifacts and noise before it can be processed for understanding. Though they still contain rich information regarding various neurological disorders such as epilepsy, dementia, sleep apnea, to name a few, the type of processing required for these signals vary with the type of disorder. In addition, the amount of EEG data publicly available as well as those that can be obtained from hospitals are limited in number. Thus, it would prove to be useful if we are able to obtain a mathematical model of the source that generate EEG signals for each of these neurological disorders. Neural Mass Model (NMM) is one such mathematical model that model the cortical column using the characteristics of three types of neurons found in human cortex. This model gives an understanding of how characteristic EEG are generated during various neurological disorders like epilepsy. It was found that seizures like EEG waves can be generated with NMM having a high inhibitory gain. This has lead to further understanding of seizures that GABA (inhibitory neurotransmitter) plays a role in seizure generation and hence it has enabled Neurologists to understand the mechanisms that could trigger seizure (GABA antagonists), thus treatments are been carried out according to this knowledge. NMM proves to be effective in understanding the underlying mechanisms of various neurological disorders and hence can enable effective treatments with least side effects.

The focus of the proposal is to utilize NMM to (a) understand underlying mechanisms of different state-of-mind during emotions, sleep and basic limb motor movements by modelling NMM using the parameters estimated from real EEG (b) Utilize the understanding of these mechanisms (like the changes in various parameters of NMM) to create a classification of various emotions, different sleep stages (track the transitions) and also movements of different limbs (c) Understand and establish functional connectivity of brain during different emotions, different sleep stages  (and transitions) and during various limb movements.

Citizen Service Broker for Bangalore One