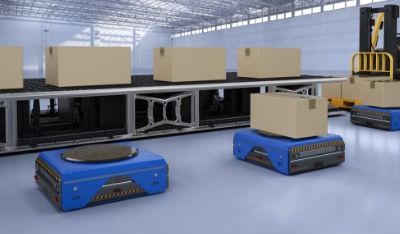 The focus of this project, one of whose applications is picking items in a warehouse, consists of two main modules: